In 2001: A Space Odyssey, the computer controlling the ship, HAL 9000, does everything in it's power to keep a secret it has been told to keep.

The humans would find that task impossible, so it did the only logical thing.

Given some settings on my POS, it did the only logical thing. 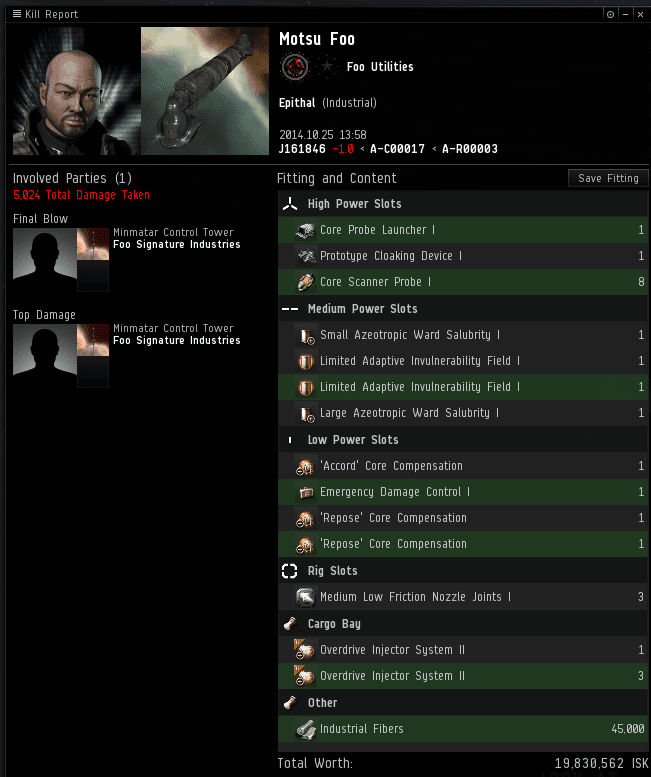 A tip for new players and old: Ensure your that the alt pilot's corporations are friendly for your POS's shoot on site settings.  Pilot settings are not good enough.

I am not the first pilot to do this.  I won't be the last.

At least I know that my tower shoots pilots from neutral corporations.
Posted by Foo at 01:28 5 comments:

I have recently purchased a 4K monitor (the Samsung U28D590).  The monitor itself is very nice, but has contributed directly (and not in a good way) to my recent lack of posts.

These are very good things.

I normally don't do high resolution graphics on the web, but this is what I look at, on a 28" monitor. 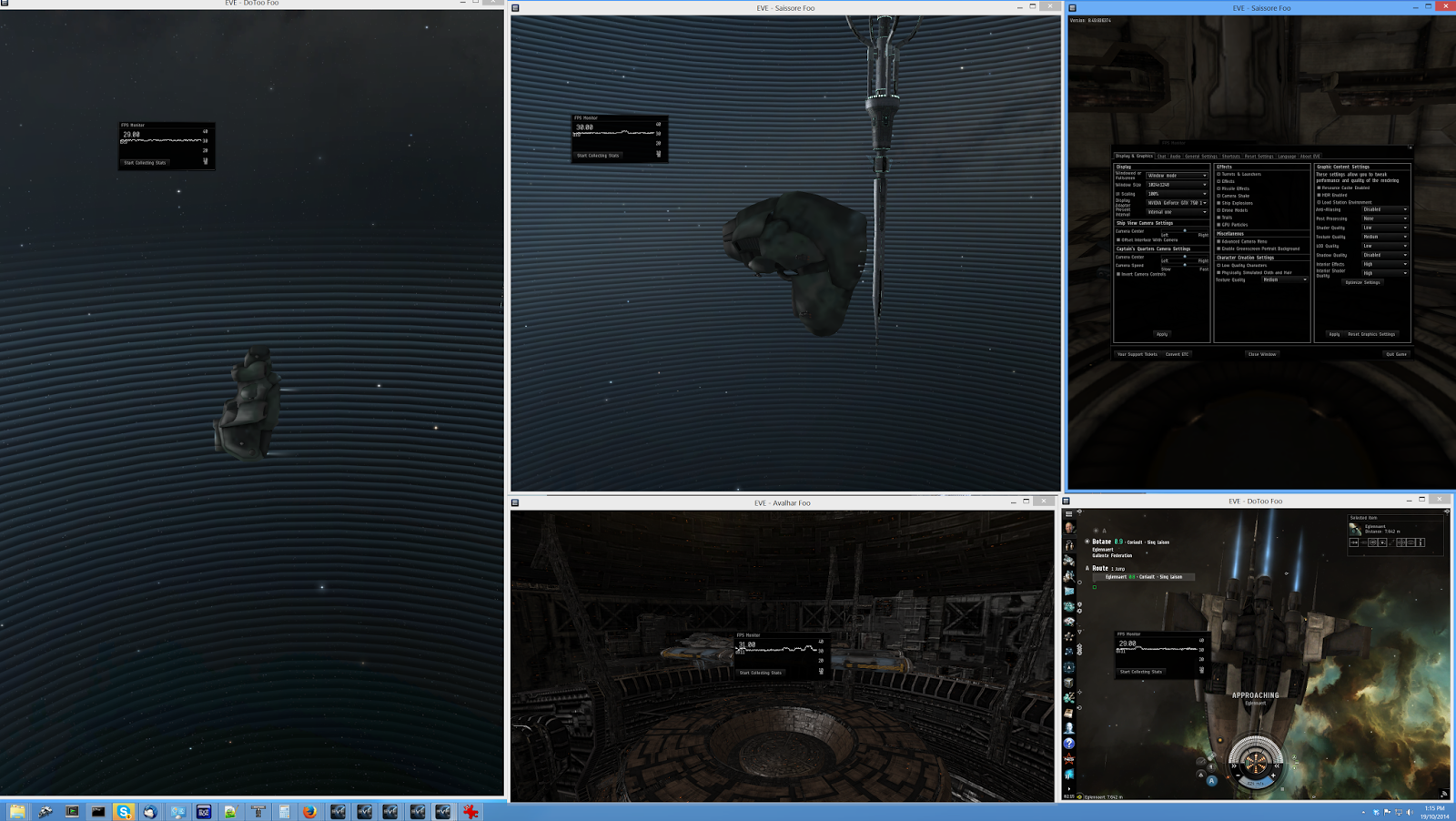 The not so good:
I would recommend 4k monitors for those buying new gaming or work PC's, where you have someone to help resolve any technical issues.

Things to consider when moving to a 4K monitor: