I've been kicking around Eve for a while - at first just dabbling but now spending more time in here and less in WoW.  I started out with:
On the 25th May, I decided to start working on my Isk, and actually tracking it. 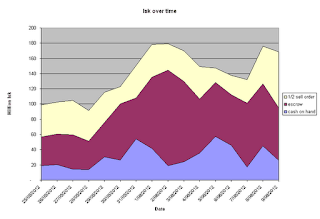